Welcome to hubXchange’s West Coast Oligonucleotide Therapeutics 2023, bringing together executives from pharma and biotech to address and find solutions to the key issues faced in oligonucleotide therapeutics.

Take advantage of this unique highly interactive meeting format designed for maximum engagement, collaboration and networking with your peers.

Drugging the genome to address base casuality

Rajendra (Raj) K Pandey, Ph.D., Vice president of chemistry at Cargene Therapeutics, has over 20 years of oligonucleotide chemistry experience in the biotech industry. Raj was previously Senior Director of Oligo chemistry at Aligos Therapeutics where he led a team focused on discovery and development, across a broad range of therapeutic oligonucleotide modalities including STOPs, RNase H, RNAi, and splice modulation. His work at Aligos resulted in three APIs, 2 are currently in Phase I clinical trials and 1 in the Preclinical for HBV indication.
From July 2015 to August 2018, he served as Scientific Director at Janssen Pharmaceuticals and was instrumental in the discovery of TLR9 and antisense compounds. Before Janssen Pharmaceuticals, Raj served as a Group leader at Spring Bank Pharmaceuticals where he was involved in the discovery and development of Inarigivir (SB 9200), a novel agonist of innate immunity, against resistant HCV variants.

Raj was an early member of the Drug Discovery team (2003-2010) at Alnylam Pharmaceuticals, where he worked on early siRNA delivery and conjugation technology, including RSV01, VSP and ONPATTRO.

Raj has co-authored more than 28 peer-reviewed scientific publications, 60 posters/oral presentations and is a co-inventor of more than 22 issued and pending U.S and international patents.  He has established numerous successful collaboration projects with various academic laboratories and institutions.
Raj holds a Ph.D. in chemistry from the University of Allahabad, India, and conducted his Post-Doc at the University of Ulm, Germany where he worked with Professor Hartmut Seliger. 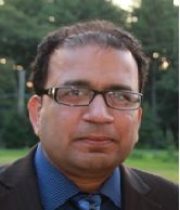 Fengjian Shi is a Senior Data Scientist in the Analytical Sciences group at Amgen. Fengjian leads a lab informatics team that supports and provides digital solutions for the development and application of fit- for-purpose analytical methods toward product attributes understanding. Current interests of his team include laboratory data management, digital methods, reference ontologies, and product lifecycle
management. Prior to Amgen, he led the efforts of developing automated product attributes prediction and high throughput analytical characterization tools for biologics and oligonucleotide therapeutics portfolio at Biogen. Fengjian received his Ph.D. in Analytical Chemistry from Temple University in 2017. 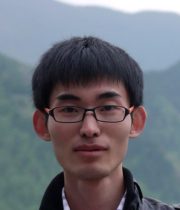