Patrick Kaminker is an industry scientist that received his degree in Pharmacology from the University of Kentucky. After focusing his postdoctoral studies on the intersection of telomeres with aging and cancer in Dr. Judy Campisi’s lab at the Lawrence Berkeley National Labs he joined the Buck Institute for Age Research. Dr. Kaminker then spent several years at Celera and Human Genome Sciences in the pursuit of novel targeted cancer therapies. He took an interest in translational research while at Human Genome Sciences while looking for biomarkers associated with TRAIL agonists and how a certain population had shown durable anti-tumor activity associated with certain immune signatures. Since that time, he has been focused on the translational aspects of multiple classes of therapeutics including: epigenetic modifiers, antibody-drug conjugates, and recently cancer immunotherapies and currently runs the translational group at Macrogenics. 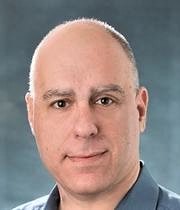 Monica joined Jounce Therapeutics in 2017, bringing over 15 years of experience in developing and interrogating complex mouse models of hematological and solid malignancies. She has a deep understanding of cell biology and tumor immunology, which she leverages to advance clinically translatable approaches to treat cancer. At Jounce, Monica leads a multidisciplinary team, whose expertise spans several functional areas, from in vivo pharmacology, to 3D model development to histopathology.
Monica obtained her PhD in Molecular Genetics from the International School for Advanced Studies in Trieste, Italy, and completed post-doctoral studies at Boston Children’s Hospital/Harvard Medical School. She co-authored over 40 peer-reviewed publications, and was the recipient of several awards, including a Leukemia and Lymphoma Society Special Fellow Award and the V Foundation Scholar Award, and two NIH/SBIR research grants. 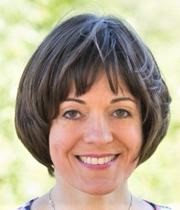 Alison Crawford is an Associate Direct in immuno-oncology at Regeneron Pharmaceuticals, Inc. She has >18 years of immunology research experience, including > 9 years in the pharmaceutical industry. At Regeneron Pharmaceuticals, her team is responsible for IND-enabling studies as well as mechanistic studies using bispecific antibodies for oncology indications. She led the in vivo pre-clinical research efforts on REGN4018 (MUC16xCD3) and REGN5668 (MUC16xCD28) to advance the antibodies through to IND submission. Alison completed her BSc in Immunology from Glasgow University before being admitted to the Wellcome Trust Ph.D. program at Edinburgh University where she focused on T cell memory. Her post-doctoral work at the University of Pennsylvania examined T cell exhaustion during chronic viral infection and the use of checkpoint blockade to alleviate this exhaustion. 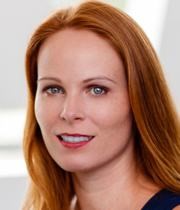 Overcoming IO trial challenges in the era of a pandemic 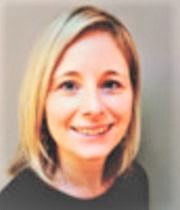 Katir Patel is a classically trained immunology and immuno-oncology specialist with a professional focus on multi-omic approaches to biomarker strategies and diagnostic development. Experience supporting translational research to late-stage clinical trials involving immunotherapies and cancer diagnostics. Current focus includes biomarker consultation and account management of large-scale biopharma projects, strategic partnerships with technology platforms and KOL networks, and market development activities that drive adoption of biomarker technologies that drive successful drug development.
Katir has led biomarker programs at both large scale and startup companies focused on immuno oncology research for over 6 years.
He holds a Ph.D. in immunology and infectious diseases from the University of Massachusetts, Amherst. 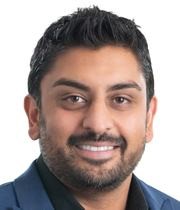 Debora Barton joined Carisma Therapeutics in November 2019. She brings 18 years of oncology experience, both in academia as a practicing physician and in the biotechnology/pharmaceutical industry.
Most recently, she served in key senior executive positions in cellular therapy and radiopharmaceutical biotech companies including Iovance Biotherapeutics and Advanced Accelerator Applications, acquired by Novartis during Debora’s tenure. In her leadership roles, Debora built Clinical Development and Drug Safety teams setting up infrastructure for the conduct of clinical studies and was instrumental in obtaining FDA Breakthrough Designation for a cell therapy product and in the approval of a radiopharmaceutical agent by both FDA and EMA.
Previously, Debora spent 10 years at Celgene and Novartis, always focusing on improving the lives of cancer patients. She holds an MD from Pontificia Universidade Catolica Sao Paulo (PUC-SP) and completed her fellowship in Oncology at Federal University of Sao Paulo (UNIFESP) in Brazil. 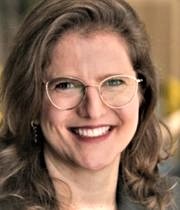 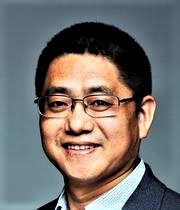 Sofie Pattijn has over 20 years of experience in the field of immunogenicity assessment (vaccines and biotherapeutics) and in vitro assay development with a focus on functional assays for immunogenicity, immune oncology and Cell and Gene Therapy products. She has extensive hands-on lab experience and has managed and coached several In Vitro teams over the last decade. From 2008 till 2013 she was Head of the In Vitro Immunogenicity group at AlgoNomics (Ghent, Belgium) and Lonza Applied Protein Services (Cambridge, UK). Prior to that, she worked at Innogenetics, Belgium for over 15 years. 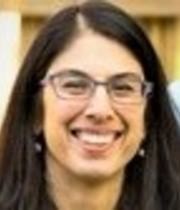 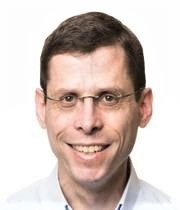 The need to better understand the tumour microenvironment (TME) dictates the characterization of the cell types involved, the roles they play and how they respond to treatment. To develop better cancer immunotherapies, in vitro primary immune cell bioassays offer an early assessment of their effects on the various players of the TME.
Cytotoxic cells are key players in the anti-tumour immune response. CD8+ T cells, also known as cytotoxic T lymphocytes, recognize and kill cells presenting antigens bound to MHC class I molecules, such as neoantigen present on the tumour cells.
Activation of CD8+ T cells requires at least two signals from antigen presenting cells: binding of their T cell receptor (TCR) to the appropriate peptide presented on MHC I and co-stimulation by B7 binding to CD28. However, tumour environment developed different mechanisms to reduce this immune cell killing such as checkpoint inhibitors expression. In that case, the immune system will be dampened. A second type of cytotoxic cells, named Natural killer cells, are an innate immune cell type that plays an important role in anti-cancer immunity. NK cells target cells lacking MHC I expression, including cancer cells that have lost expression of MHC I. NK cells induce apoptosis in cancer cells via release of perforin and granzymes from granules, like CD8+ T cells. But here too, NK cells can be broken down by the tumour cells, notably by the PD1/PDL1 interaction.
Increasing their efficacy as a therapeutic strategy has made the development of new therapeutics enhancing their anti-tumour response a priority. Those new therapeutics can have several shapes. The Antibody-dependent cell-mediated cytotoxicity (ADCC) activity of the IgG1 isotypes is one of the mechanisms that can be applied by immunoglobulin-based therapeutics. Another way to increase the killing of cancer cells is to target tumour antigens expressed by those cells using for example bispecific molecules that will enhance on the other side the T cell activation.
Using primary immune cells, in vitro bioassays were developed to better screen the potential effect of new therapeutics on immune cell killing activity. Their ability to increase or induce a cytotoxic activity and facilitate the anti-tumour immune response can as a result be assessed early in the drug development process.

Links
Xchanges
Subscribe to newsletter
Subscribe to our newsletter and get the latest news and updates.
We use cookies to ensure that we give you the best experience on our website. If you continue to use this site we will assume that you are happy with it.I agree